NMSC, a not-for-profit organization that operates without government assistance, was established in 1955 specifically to conduct the annual National Merit Scholarship Program.

Scholarships are underwritten by NMSC with its own funds and by approximately 340 business organizations and higher education institutions that share NMSC's goals of honoring the nation's scholastic champions and encouraging the pursuit of academic excellence.

Steps in the 2023 Competition

High school juniors entered the 2023 National Merit Scholarship Program by taking the 2021 Preliminary SAT/National Merit Scholarship Qualifying Test (PSAT/NMSQT®), which served as an initial screen of program entrants. The nationwide pool of Semifinalists, representing less than one percent of U.S. high school seniors, includes the highest-scoring entrants in each state. The number of Semifinalists in a state is proportional to the state's percentage of the national total of graduating seniors.

To become a Finalist, the Semifinalist and a high school official must submit a detailed scholarship application, in which they provide information about the Semifinalist's academic record, participation in school and community activities, demonstrated leadership abilities, employment, and honors and awards received. A Semifinalist must have an outstanding academic record throughout high school, be endorsed and recommended by a high school official, write an essay, and earn SAT® or ACT® scores that confirm the student's earlier performance on the qualifying test.

From the approximately 16,000 Semifinalists, about 15,000 are expected to advance

to the Finalist level, and in February they will be notified of this designation. All National Merit Scholarship winners will be selected from this group of Finalists. Merit Scholar designees are selected on the basis of their skills, accomplishments, and potential for success in rigorous college studies, without regard to gender, race, ethnic origin, or religious preference.

Three types of National Merit Scholarships will be offered in the spring of 2023. Every Finalist will compete for one of 2,500 National Merit® $2500 Scholarships that will be awarded on a state-representational basis. About 950 corporate-sponsored Merit Scholarship awards will be provided by approximately 180 corporations and business organizations for Finalists who meet their specified criteria, such as children of the grantor's employees or residents of communities where sponsor plants or offices are located. In addition, about 160 colleges and universities are expected to finance some 3,800 college-sponsored Merit Scholarship awards for Finalists who will attend the sponsor institution.

National Merit Scholarship winners of 2023 will be announced in four nationwide news releases beginning in April and concluding in July. These scholarship recipients will join more than 368,000 other distinguished young people who have earned the Merit Scholar title. 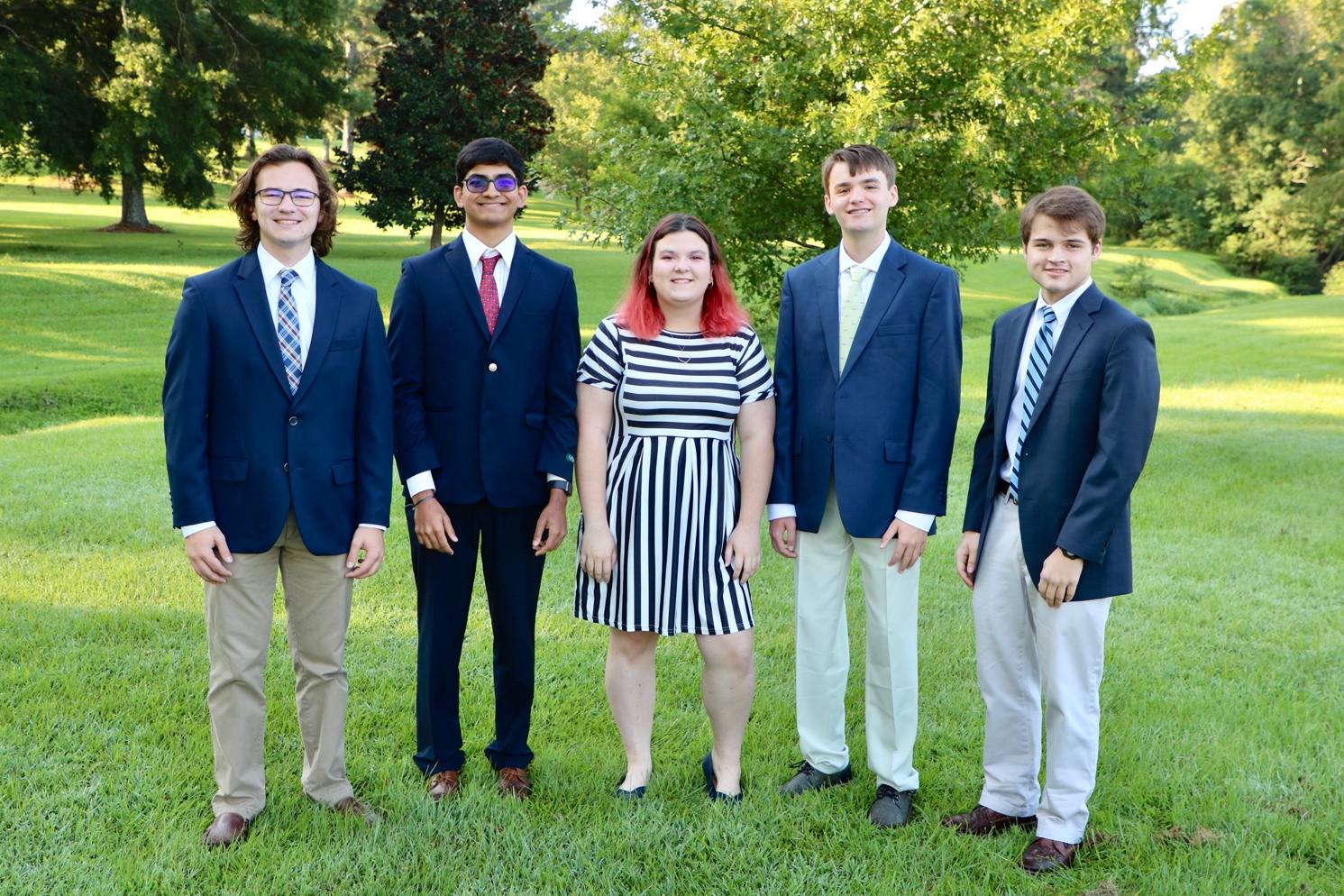 Rachel has maintained a 4.0 QPA while taking numerous Honors & Advanced Placement courses throughout her high school career, most recently being named an AP Scholar with Distinction. She has been very involved in the Germantown High School choir program and the Engineering & Robotics program at the Madison Career & Technical Center. Rachel is an active member of Germantown High School's Beta Club,  the school’s literary magazine The Agathist, and the Technology Students Association. Rachel also volunteers in the community, specifically with the Children’s Robotic Camp. Congratulations Rachel!

Sai has maintained a 4.0 QPA while taking numerous Honors and Advanced Placement courses throughout his high school career, most recently being named an AP Scholar with Distinction. He has been very involved in the VEX Robotics program, serving as the team captain for the past 6 years. Sai is an active member of Germantown High School’s Mu Alpha Theta, National Honor Society, Beta Club, and the Future Business Leaders of America.   Additionally, Sai is involved in volunteering with the Hindu Temple Society of MS and the Billy Brumfield Shelter. Congratulations Sai!

Nathan Michael has maintained a 3.93 QPA while taking numerous Honors & Advanced Placement courses throughout his high school career, most recently being named an AP Scholar with Distinction. During his 10th grade year, Nathan Michael was chosen as Germantown High School’s Hugh O’Brien Youth Leadership Ambassador.  He      has been very involved in the VEX Robotics, National Honor Society, Science Olympiad, Mu Alpha Theta, and Beta Clubs. Nathan Michael volunteers at his church, Grace Crossing, in both the music ministry and with Vacation Bible School. Congratulations Nathan Michael!

Cade has maintained a 4.0 QPA while taking numerous Honors & Advanced Placement courses throughout his high school career, most recently being named an AP Scholar with Distinction. He has been involved at Germantown High School with our Speech and Debate team, currently serving as the president. In fact, Cade broke to quarterfinals in Oral Interpretation at the National Catholic Forensic League tournament in Washington D.C. this past summer, the first to advance that far in GHS history.  Cade is also involved in the Beta Club, Spanish Club, National Honor Society, and Mu Alpha Theta.  Cade volunteers regularly at Hope Hollow and Grace Crossing Church.  Congratulations Cade!

Cannon has maintained a 4.00 QPA while taking numerous Honors & Advanced Placement courses throughout his high school career, most recently being named an AP Scholar with Honor. Cannon is involved with the Germantown High School literary magazine, The Agathist, and the GHS soccer team.  Cannon spends his time working at Malco and volunteering at his church, Pinelake Madison, and serving on the student worship team. Congratulations Cannon!

About 34,000 Commended Students throughout the nation are being recognized for their exceptional academic promise.  Commended Students placed among the top 50,000 students who entered the 2023 competition by taking the 2021 Preliminary SAT/National Merit Scholarship Qualifying Test (PSAT/NMSQT).

"Those being named Commended Students have demonstrated outstanding potential for academic success,” commented a spokesperson for NMSC.  “These students represent a valuable national resource; recognizing their accomplishments, as well as the key role their schools play in their academic development, is vital to the advancement of educational excellence in our nation.  We hope that this recognition will help broaden their educational opportunities and encourage them as they continue their pursuit of academic success.”

Keenan Selman was recently named as a Commended Scholar and has maintained a 4.00 QPA while taking numerous Honors & Advanced Placement courses throughout his high school career. Keenan is a member of the Germantown High School soccer and tennis teams, as well as Beta Club and Fellowship of Christian Athletes.   Keenan spends his spare time working at Cordiner Consulting and volunteering at his church, Broadmoor Baptist Church. Congratulations Keenan!